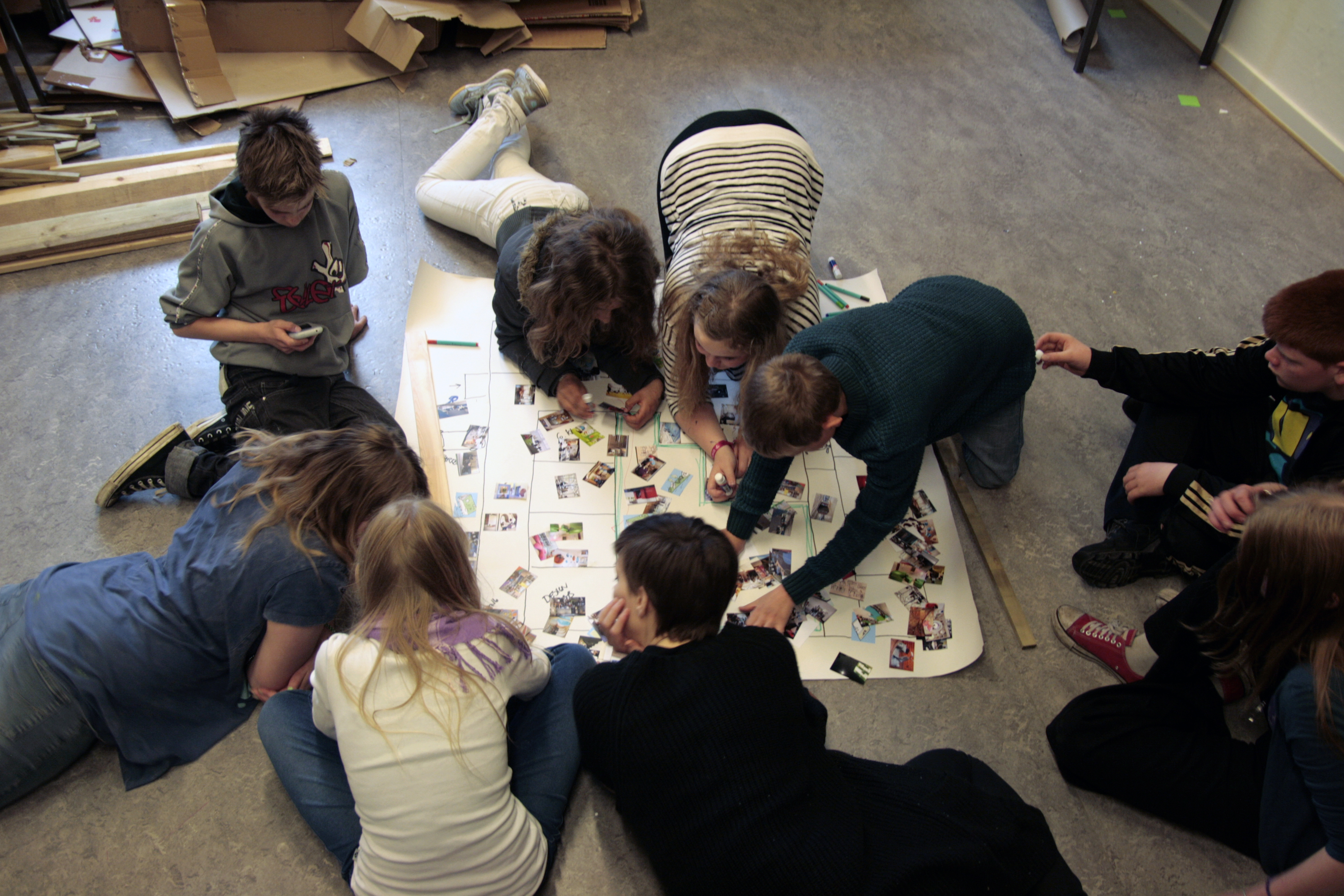 The project at the Glesborg Children Village served as a collaborative project where kids, parents, teachers, direction and other employees were involved in varying degrees.

Glesborg Children Village consists of several institutions (an elementary school, an after school and an preschool) located under one and the same roof. Glesborg city is located in a stunning natural area next to Kattegat, 12 km. north of Grenå on in the municipality of Norddjurs.

Our task in this collaboration was to rethink teaching methods at the school and find out how the physical environment could support a daily practice based on differentiated instruction. Like all other Danish municipalities Norddjurs has been through a period of austerity and decline in births. An attempt to save the education system in the municipality is to rethink the existing institutions and merge them, rather than to close schools in the small villages.

It was exciting to find out how co-creative methods could anchor processes of change through the physical presence created by student development and designing of new learning environments. To undergo a process of change is not something that happens overnight, it requires a long-term strategy that connects ideals with reality. The good intentions should therefore also work in practice.

At Glesborg Children Village we worked with a class of sixth graders through a sequence of 10 workshop days developing and realizing new learning environments, while we continually received inputs to the architectural redesign of the school. The feedback that we got from the students were very valuable since we as architects can’t put ourself into the role of the different users, but need to involve them as to gain knowledge about their patterns, needs and desires.

During the process, we continued developing the MoHo Process Kit, so to make it even sharper than the first edition, and of course adding quite a few methods.

The process at Glesborg Children Village lasted 2 months and the atmosphere that grew while the project was ongoing especially pleasantly surprised us. Not only was the project important for the parties involved, but other users were affected by the process as well. Children from other classes followed the projects while they were being realized, the janitor helped building, parents helped both to build and provide building materials and cleaning staff were project ambassadors at the school when the rest of us went home. Students who were very close to the project discovered skills they did not know they had and the self-confidence grew from workshop to workshop. For us in MoHo it was an amazing experience to be with and see how the people working on the project grew at a even a faster pace than the projects themselves.

To read more about the workshops please go to our blog. Here you will find posts describing the process of mapping for idea generation, realization and finally building. Look in the period between the 7th March and the second May 2012. 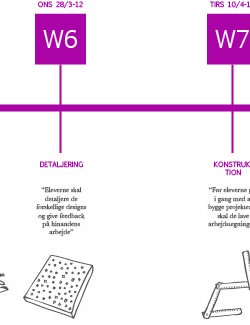 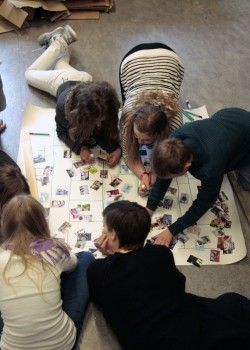 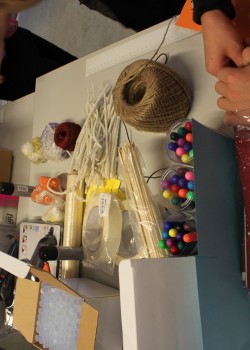 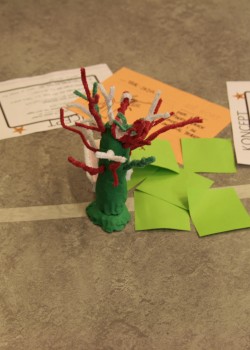 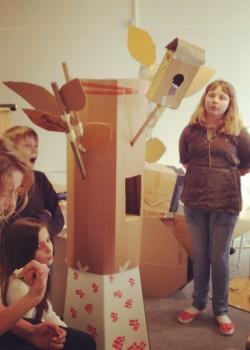 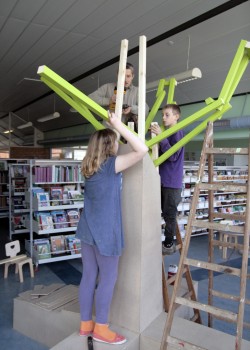 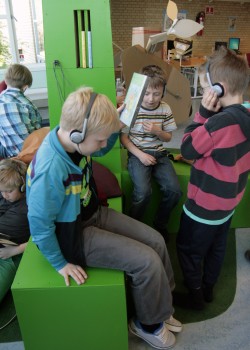 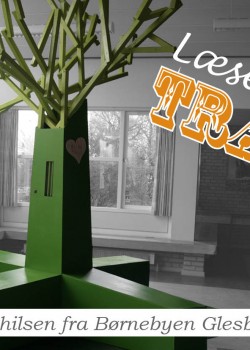