Let me start off by saying that this is solemnly based on personal experiences and opinions! Sure, there’s some facts to back it up seeing that we have done our research, but the sources are long forgotten. Not because they weren’t relevant, but i’ve mixed them up in my mental blender…

To the point: Working with kids has many sides. It can be hard, it can be challenging, you have to plan the day down to the minute, and make sure that you can rearrange your plans depending on the day play out, but most of all it’s good fun, inspiring and amazingly awesome to be let into their world.

As an architect by training, I have worked with my lovely colleague Heidi Lyng to develop various methods when working together with kids, teachers and leaders on developing educational spaces using co-creative design processes. We’ve been doing this for over two years now, and have been working on everything between concrete projects such as developing more active playgrounds to more fluffy projects such as developing a common vision for a gymnasium. We see everyone involved—from the 7-year-old student to the 62-year-old principal—as experts in their field. No one is as good at being a 7-year-old girl as a 7-year- old girl…

As I’ve already written, working with kids have many facets—it can be hard, it can be tricky, it can be hilarious, it can be oh-so-many things, but most of all it’s fun, it is inspiring and it is vital if you want to reach the optimal result with the project. 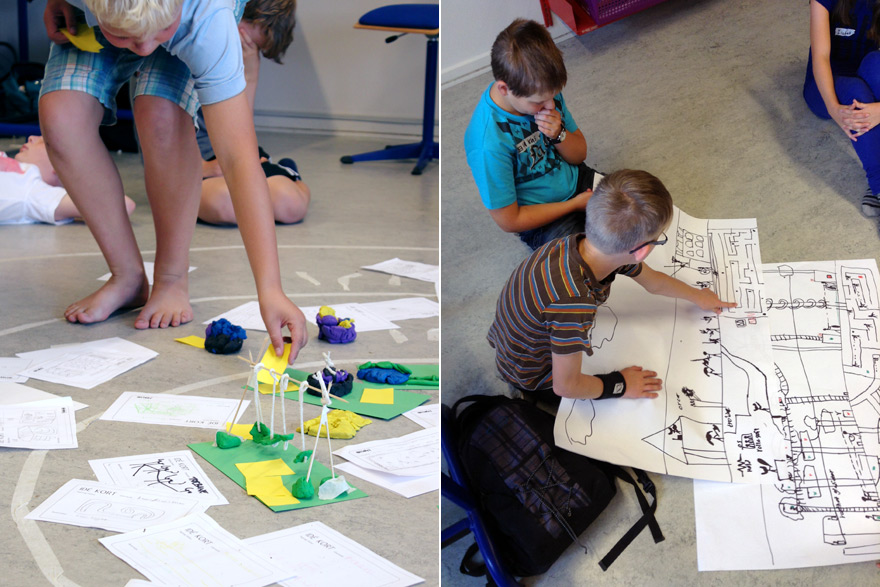 No matter what their age, kids have an insight into, and a view of, how it is to be a kid of their own age that no one, no matter how good you are at putting yourself into the shoes of others, can do to the same extent. Figuring out why a certain space works, and why another one doesn’t is something only the kids you work with can tell you. It’s their field of expertise. They know, instinctively, where they prefer to work, where they get inspired and where they feel safe etc. What we, the architects, do is help them define and understand theses spaces by playing games and asking questions.

Let’s start with the obvious: Kids have an extremely short concentration span! But here is where it’s up to you to make sure to arrange the day in such a way that you can keep them interested. If one method doesn’t work, tweak it until it does or try another approach. If you notice that the concentration is on an all-time low, take a break, ask them to run around the building a few times and see who can do it the fastest, take them out onto the playground and play a game, get some fresh air. But whatever you do, do NOT continue as if nothing is wrong. There’s always something you can do, even if it’s just to let them go crazy for 5-10 minutes…!

Another thing we have noticed is that our school is built up in such a way that the kids pretty early seem to lose their natural sense of imagination. By first grade, they are already taught that there are some things that are right, and some that are wrong. The more right you are, the more golden stars you will get. Unfortunately this means that their ability to wander through the door into a wonderful world of imaginary friends and create fairytale spaces is fading at a young age.

Thankfully this is not the case with all kids—some manage to keep the door open longer than others.

We find that starting off a process by telling the kids that we aren’t looking for right or wrong answers when we are there—we don’t care if they draw perfectly, if they spell correctly or build a perfect house. Whatever they do is good. Our job is to make sure that we create an environment where the doors of imagination can re-open and stay open.

And if it helps, let them know that what is called imagination and fantasy now is called creativity or creative thinking later on, and is something older kids study at university! 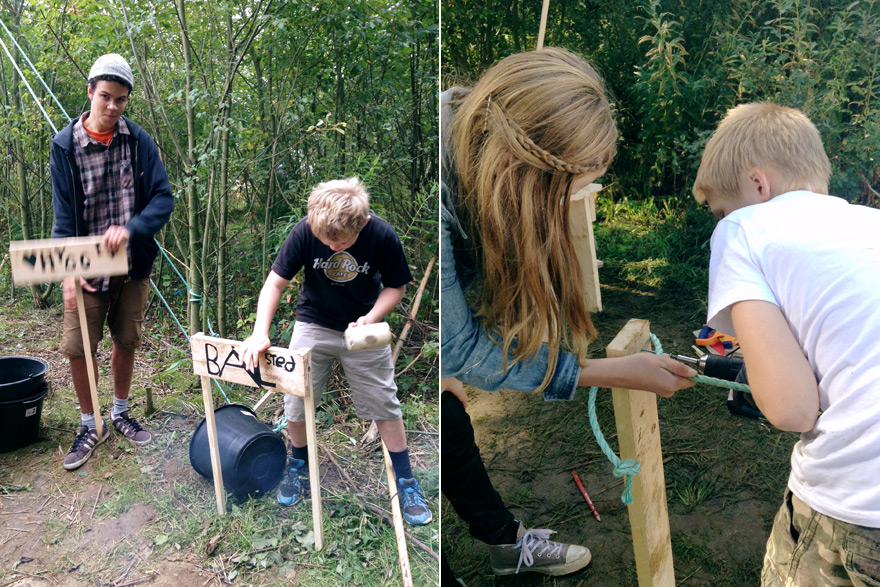 Now for the Awesome

Kids have this amazing ability to come up with cool and crazy ideas when you give them the possibility. You get to see completely new sides of them when you work with them through co-creative design processes. Their way of solving problems, the curiosity to try out things they’ve never tried in school, new methods of learning, working in teams, helping out their peers, and doing things that—at the beginning of the day—they thought they would never be able to do.

To see how they automatically switch roles in a group when they notice that someone else is a better leader on the new task then they were on the last one; how they develop their language and new ways of thinking; how their view on others and themselves changes. How they get grander visions for their future, and get excited about the idea of becoming a designer, a construction worker, a photographer, a teacher, a journalist or whatever else they find interesting.

To see how they encounter problems within the group and figure out a way to solve it within the group without crying, blaming and dragging in the teacher. Or how they go from being shy to standing in front of a crowd, explaining what they have come up with, and why it’s so good.

Taking the kids seriously and acknowledging that they are experts within (and outside of) the process is always a must for projects that have anything to do with them. If you give kids more responsibility and tell them out loud that you expect certain things from them—such as accountability for their own actions and achieving a goal as a group—they will do their utmost to not fail the group, yourself or themselves. It’s inspiring to be a part of their development, and it’s awesome to see the results they produce throughout the workshops. 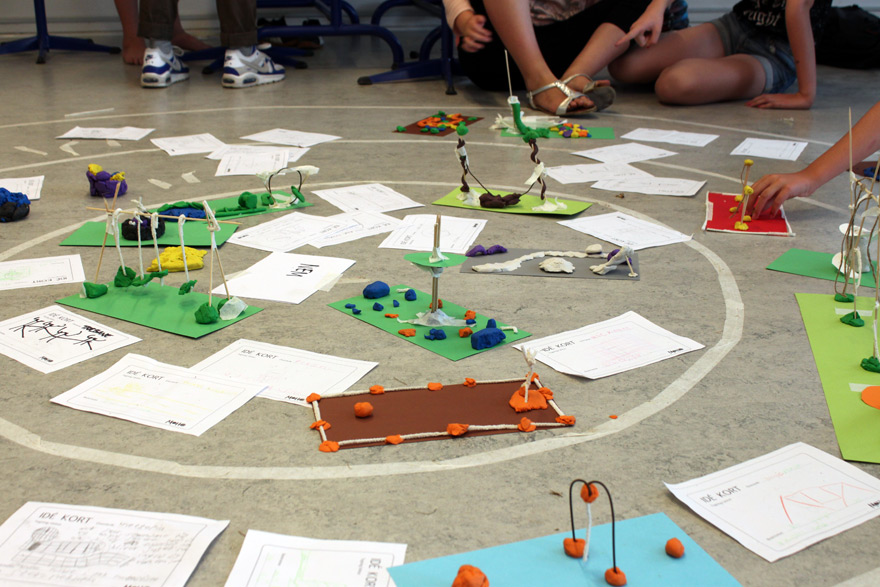