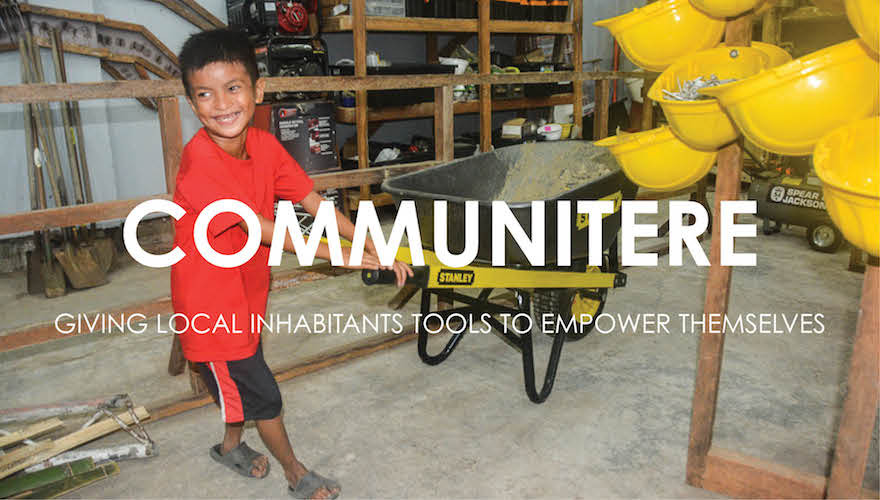 When I write about projects and people that I find interesting, I often wonder “Why the heck don’t more people know about these projects/people?” You can say that I see it as my duty to spread the word, to inform people about the things going on out there, and make sure that you don’t miss out on all the awesomeness that is to be found in various places, and within people… which is a long way of introducing Communitere.

When disaster hit Haiti back in 2010, Sam Bloch was working on a custom-made lighting system for a weekend cabin up in the mountains. He had finished work for the day and was sitting in a bar, drinking a well-deserved beer, when he saw the news about the earthquake. Right then and there (because it sounds more dramatic that way), he decided that he needed to be there. He packed his big backpack with as few private things as possible and filled the rest up with tools. About a week later, he was standing in the middle of the disaster area with the feeling that he had made the right choice and was in the exact place that he needed to be. And although that moment marked the beginning of Communitere, Sam had already been working in disaster relief for about six years.

The name itself, Communitere—which I first thought was French—stands for Communities United In Response, Relief & Renewal.

What works, and what doesn’t

This lack of innovation is the problem that Communitere took to heart and decided to make into its main focus. By creating Resource Centers, spaces that also know as “Spaces of Safe Failure,” they have established big workshops where the locals inhabitants can learn how to build their own homes; use the tools provided in the workshops; use the space to work on new ideas; and collaborae with visitors on prototypes and projects to solve a specific problem.

As Bloch says, “You can’t empower people, the only thing you can do is give them the tools to empower themselves.” 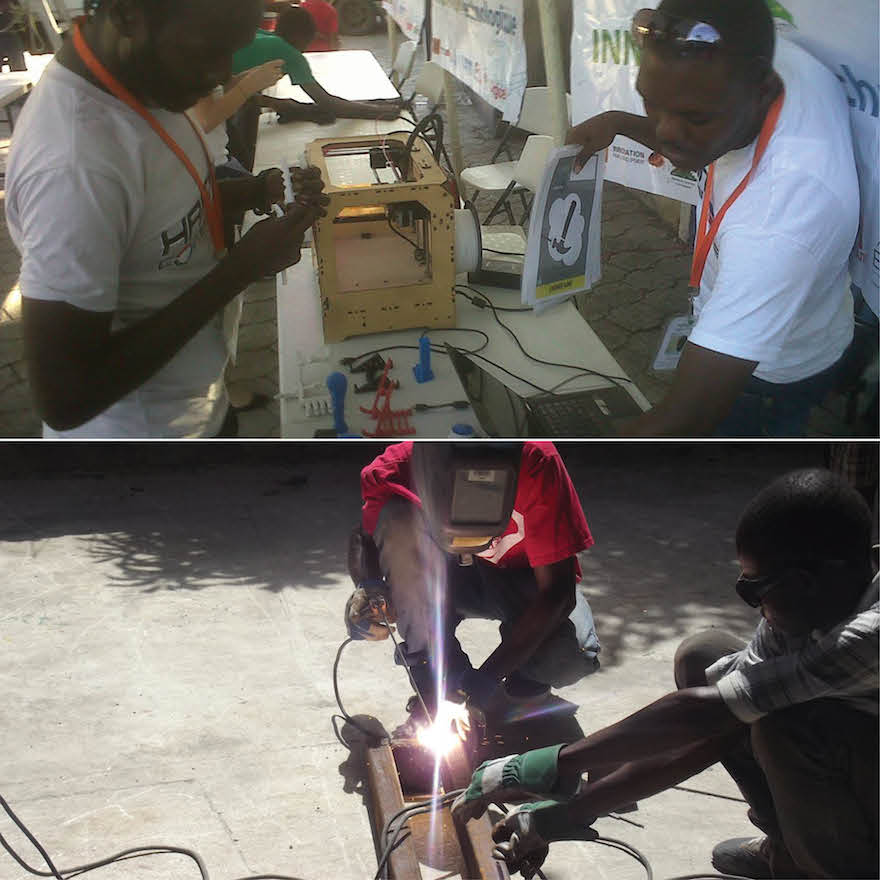 “Focus on solving the problems that others are not”

It’s one thing to think that you know what the people you want to help want, but actually knowing what they want may be a whole ‘nother thing. There’s also a difference between knowing what they want and what they truly need. Needs can be tricky in the sense that sometimes what you need the most is something that you didn’t even know existed—a problem that might be so ingrained in your day-to-day life to that you don’t even see it as a problem, but rather you take it for granted.

One of the problems you encounter in the world of aid is oftentimes many organizations focusing on solving the same problem without communicating with one another what they are up to, at what time, where, and so on and so forth. This results in redundant efforts, resources going to waste, as well as other areas being neglected when it comes to support, products or medicine.

Another problem that you often encounter is that some organizations inject themselves and their projects into a community without involving the locals, and without finding out if the project they want to build is truly wanted and needed. Not only does this mean that energy and resources may go to waste, but also that these organizations may lose credibility with the locals, both in the present and in the future.

Before starting a new project, organizations should ask themselves:
– Who wants this, is it the organisation or is it the locals?
– Do the locals really need this, or is there something else that is more important?
– Is there any other organization working on solving this problem?

It’s important to work closely with the local inhabitants both when it comes to locating the needs and creating a priority list. Another perk with this way of working is that it creates ownership and has a bigger chance to make a lasting positive impact on the local community.

The lack of communication between the various organizations and the problems that this engenders are frustrating for everyone involved and everyone affected by it—an enormous amount of medicine, building materials and other resources end up going to waste. This is why Sam and his crew created a kind of a “Take one / leave one” market in Haiti, where various organizations could come and leave the things they had in abundance, (and would have discarded otherwise), and pick up other things that they may need, left behind by other organizations. 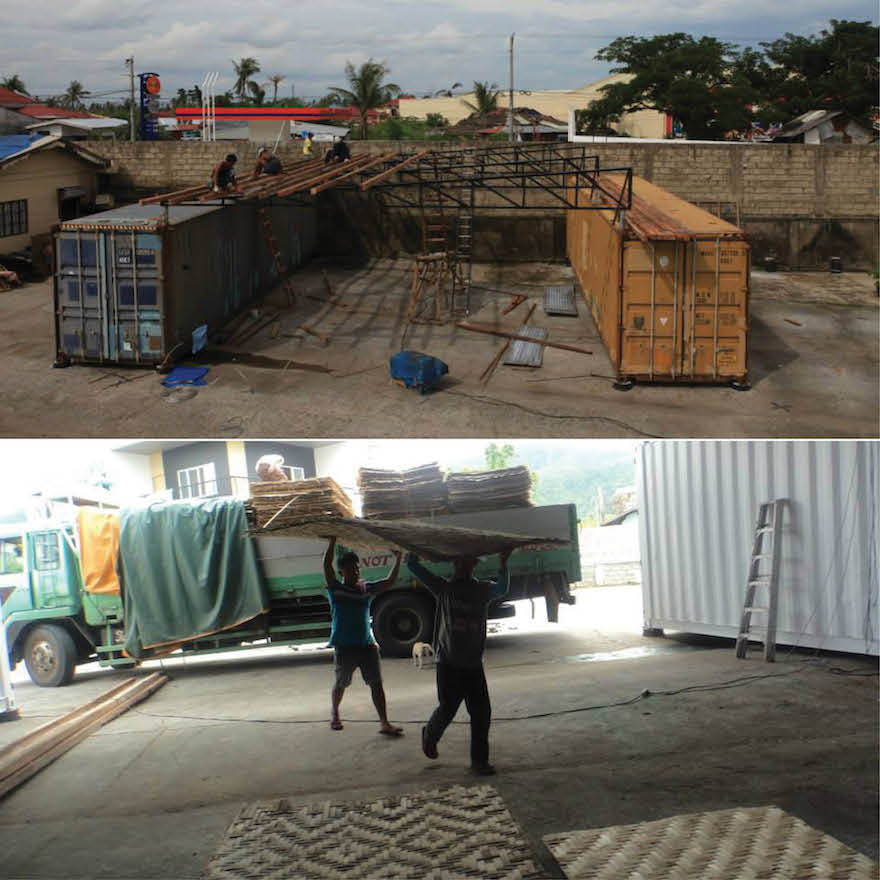 As mentioned earlier, Communitere builds Resource Centers as a way for locals community to build itself up from the inside. Everyone is welcome to become a part of this space, and it is built up in such a way that it is self-sustainable. The first 20 (or so) locals to sign up will be allowed to use it for free; beyond these founding members, there is a sliding scale: Local inhabitants get to use it for a very low fee, the local government pays one fee, various organizations pay another, and so on and so forth.

The Resource Centers are seen as a melting pot where International Innovators can get culturally appropriate feedback on their ideas and prototypes before implementation, while local innovators can receive input and feedback from people around the globe. It’s neutral ground, a space for creating, teaching, collaborating, growing, learning and failing.

One of the ideas that has developed over the years and now is coming to life is a project called Maker to Maker. The idea behind this project is to connect individuals using the Resource Center with engineers, architects, mechanics and others who can help develop a project around the globe. 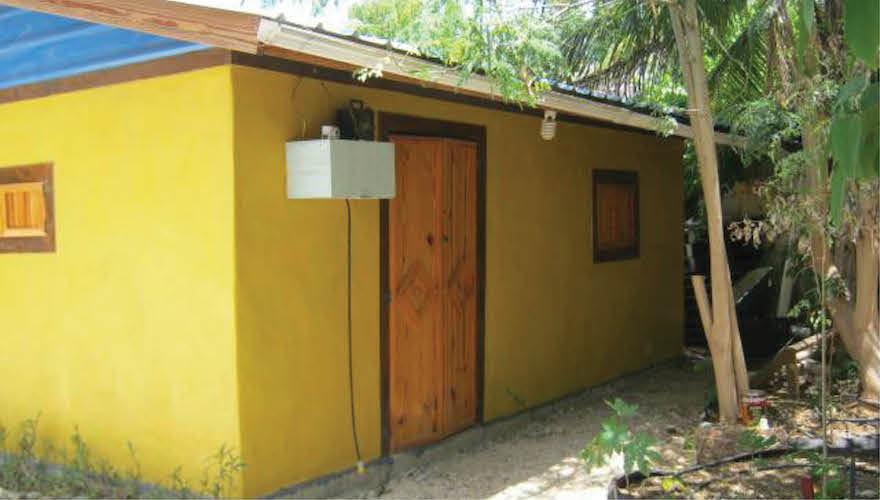 Building made from upcycled styrofoam bricks

Other than creating physical and interactive spaces for growth and development, Communitere works on problems and needs that haven’t been addressed by other organisations or businesses.

As in so many other countries, waste is a major problem. In some areas of Haiti, there is so much waste floating in the water that, in some areas, people can walk on top of the waste as to get to the other side of the river, using it as a floating bridge. Styrofoam is among the materials that cannot be easily recycled, so an American scientist helped them develop a process to turn it into bricks from which they build homes. The factory for these styrofoam bricks is located on top of one of the building on the grounds of Communitere Haiti.

Last but not least, let’s talk about what is on the agenda for Communitere in the near future. In January, the plan is to start building a Community Center, specifically focusing on youth in the area. On this project, Communitere will be working with a rather well-known organization (read: World renowned). 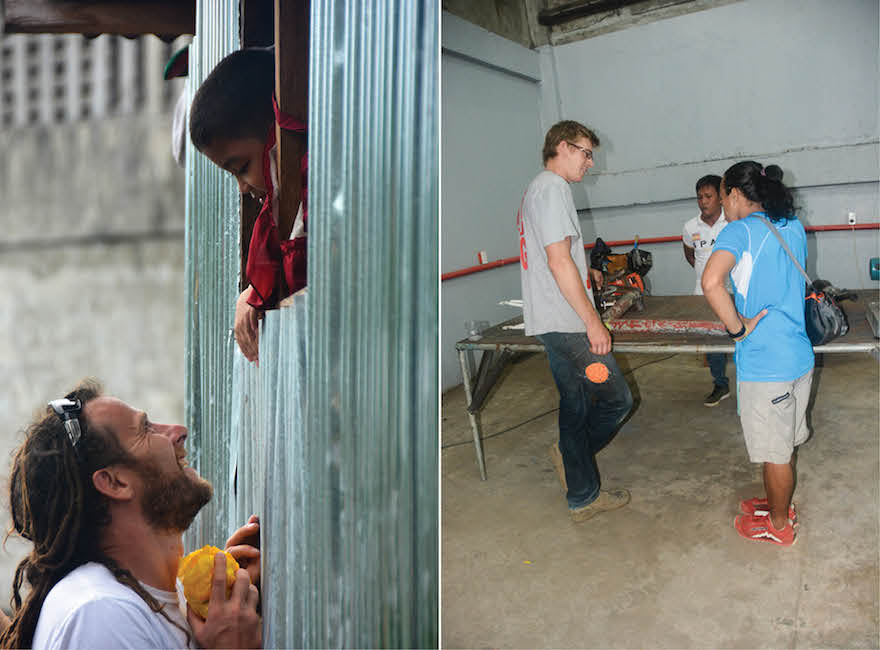